Behold: These Are Lebron’s Feet

Yea, we see their jacked tri’s and steel calves every night. NBA players are giant, lean, agile, and totally ripped. But all the build needs to balance somewhere. So, tell me… how often do you really see player’s bare feet? What about THE best player?

Welcome to the sideshow. Let’s pull back the King’s curtain and take a gander at Lebron’s feet. 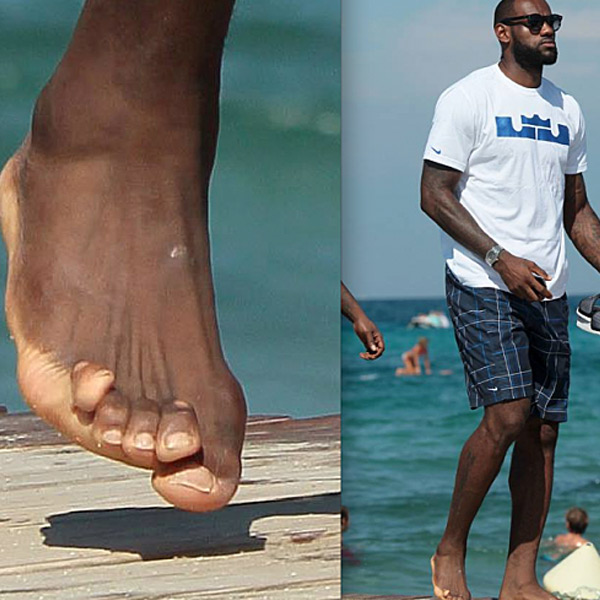 What on earth is this all about.

It’s kind of a weird thing really. The players stuff their feet into the most advanced, technologically-sound engineered footwear. Most are totally ‘normal’ I guess you could say, but some display this unusual shape and protrusion. Either he is secretly into Chinese foot binding, or there is a physiological reason for the shape and alignment of Lebron’s feet and toes. Let’s take a closer look…

What is Technically Going On With Lebron’s Feet?

These pictures of Lebron’s feet paint a unique, podiatric picture. Let’s start with the big toe that seems to be drifting sideways under its neighbor. The joint a little further up his foot looks a bit swollen too. Both of those could be signs that he’s developing what’s called a bunion. This is the sort of thing that happens to people who wear high heels for years. In heels, all of the pressure from standing and walking gets put on the toes. After years of having them crammed into a small space, the joint connecting the big toe to the rest of the foot gets inflamed. That starts to push the tip of the toe toward the other toes.

Now for the three middle toes. He’s very clearly flexing them, so they don’t drag on the ground when he moves his foot forward to take another step. He’s not bending his ankle, however, and the toes appear to be doing the work of lifting the foot. If this becomes a habit, it could make the connecting muscles in the foot (called the lumbricals) tighten up and shrink. If that happens, Lebron could develop a condition called hammer toe, where the joints in the toes fuse together and fix the toes in a bent position.

These pictures of Lebron’s feet show a pinky toe that seems to be edging its way toward the ankle. This is actually a pretty common condition that be there since birth or result from an injury. Like the middle toes, the pinky could be flexing too, which makes it look even more extreme when his foot is in this position. Since this small toe doesn’t really do much, it’s not going to affect his performance on the court.

Could Lebron Fix His Feet?

Lebron has gotten pretty far in life with these peculiar digits, so my gut tells me he doesn’t need to go under the knife any time soon. If his hammers ain’t broke, don’t fix em. Who knows, maybe Lebron’s feet have actually been the underlying secret to his superpowers?

If he really wanted to though, could he? Yes, definitely. I mean, the dude is swimming in millions, he can get full robotic body transplant if he wanted. Would he? Eh, I don’t think he really cares what he looks like barefoot.

Right now, both the possible bunion and hammertoe conditions look pretty mild. At this stage, he could probably do some stretches to loosen things up a bit. To get that big toe back in line, he could work on some toe extension exercises like this one. His middle toes could use some ankle exercises to stretch out those lumbricals. This shuffle gate video might help with that. Even a product like these toe relaxers could be beneficial. The issues with the little toe are mostly just cosmetic. So, if he wanted, he could get a surgeon to fix it.

If he (or his personal trainers) drop the ball on doing the exercises, and the bunion gets worse, he’ll eventually need surgery. There are three main types of operations for bunions: an osteotomy involves cutting the joint and moving the toe back into position, an ecostectomy is simply a removal of the bunion, and an arthrodesis is a complete replacement of the joint. Levon would have to be off his feet for about four to six months. It’s a similar situation for the hammer toe; if it goes long enough without treatment, it might be time for surgery. In that case, a doctor would go in and remove part of the toe joints, flatten out the toes, and then put in a temporary wire or rod to keep them in place. Worst case scenario, Lebron is out for three months to recover.

What Size Shoe Does Lebron Have, By the Way?

The King wears a size 15 boot. By comparison, Shaq wears a size 22 and a similarly-built Paul George only has a 12. Apparently, Lebron’s teenager already has bigger feet than him, but across the whole NBA forward spectrum, he is about average.

Who Else Has Weird Feet?

Lebron’s feet are actually not that uncommon when you look around. There are plenty of athletes (and even normal desk folk) who invoke barefoot amazement.

Dirk Nowitzki recently called out Most Improved Player 1999 and Sixth Man of the Year 1999 winner Darrel Armstrong for his “dinosaur toes.” Armstrong, Orlando Magic staple and now an assistant coach with the Mavericks, started this sizzling beef by calling the 19-year vet “a big mummy.” 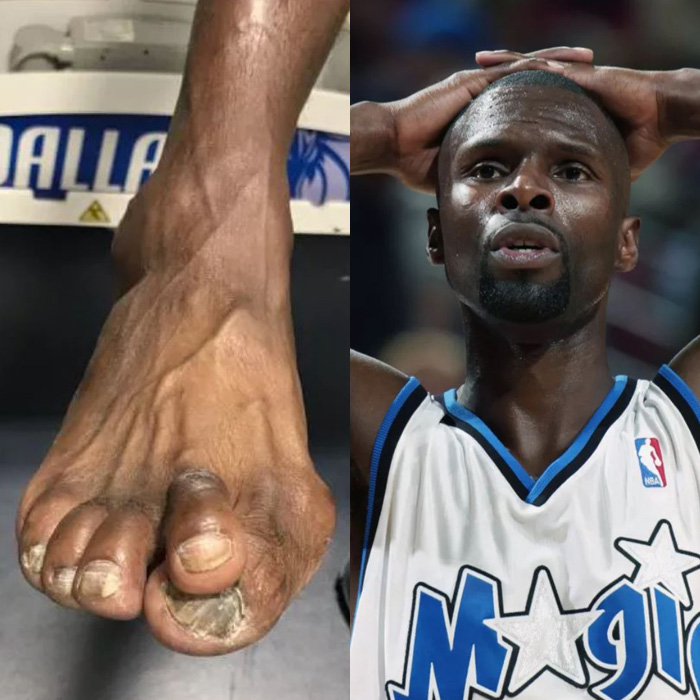 Of course, Shaq has bizarre feet. His dogs were first roasted during a 2018 Inside the NBA pregame show. Diesel received a live, on-air barefoot massage to mirror their conversation about Joel Embiid’s pre-game rubdowns. Ernie took a nice jab:

“What is that thing where your big toe should be? It looks like a baked potato and four toes!”

After a creative meme-storm and routine Twitter roast, his son Shareef even apologized for those gnarly size 25s. 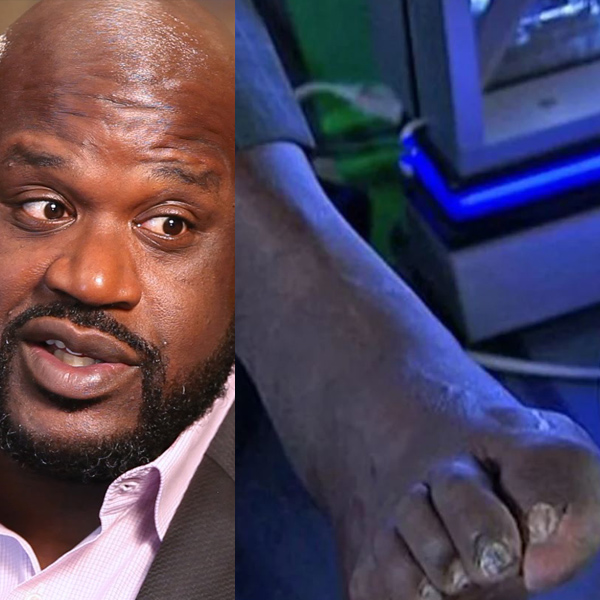