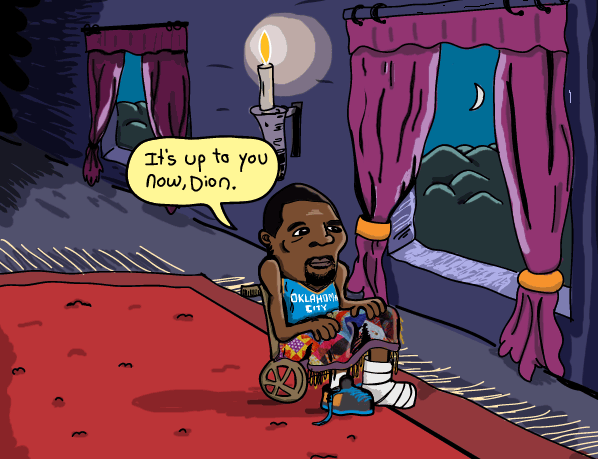 Isn’t it always cooler to recover from a serious injury in a medieval castle?

After Durant went down the Thunder had nowhere to turn. Do you honestly think Russel Westbrook has what it takes to lead a team? Scoff. Only one man on the Thunder that year had the balls to lead the Playoff Push: Dion Waiters.

They did not make the playoffs that year.