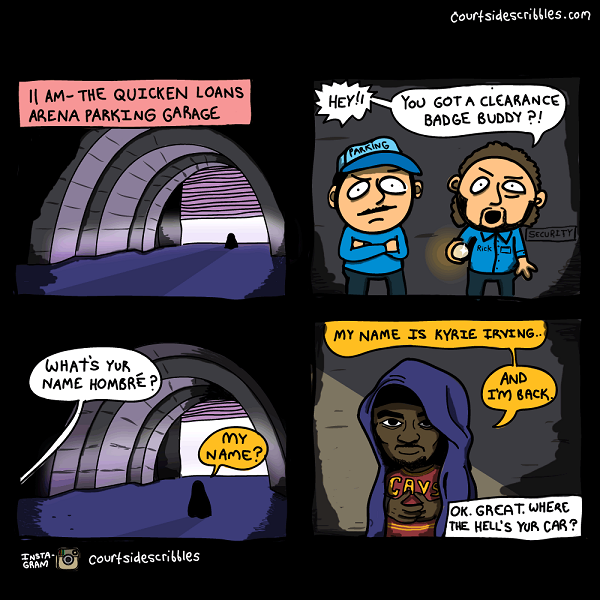 Kyrie went down in game 1 of the 2015 NBA finals with a chipped kneecap. Damn, can you imagine how bad that would hurt?

Lebron was the only big 3’er left on the court. Even then, Lebron took the Cavs to 6 games. Thus, the 2016 season immediately became an amazing fantasy for fans in Ohio. If Lebron took them to 6, what would happen with a healthy Kyrie and Kevin Love?

We all know how that story ends. Needless to say, it was dramatic when Kyrie ultimately returned in the 2015-2016 season. After much speculation, he sent out a simple, but effective Tweet:

The day before announcing, another rippling return happened. After a ten year, morose gap, Star Wars returned to the big screen.

I immediately envisioned Kyrie as a basketball Jedi. He is one of the greatest ballhandlers of all time. It’s not difficult to think of him as some sort of master basketball magician.

What we don’t see here is Kyrie’s ultimate victory against the monstrous Rancor, a.k.a. the Golden State Warriors.