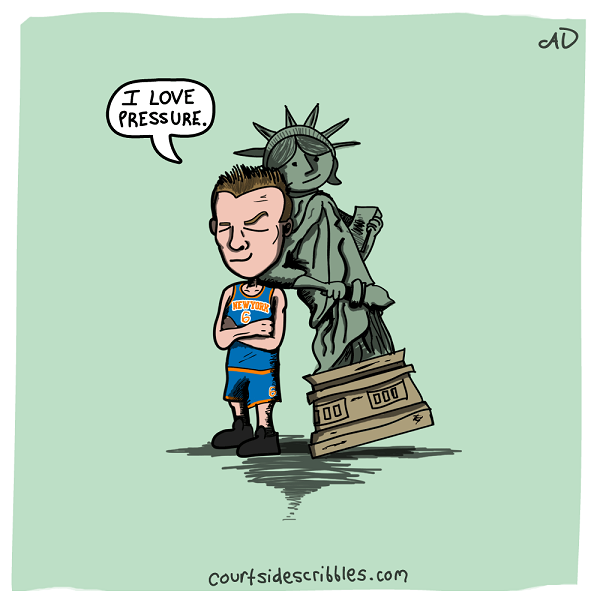 When Kristaps Porzingis was drafted, the entire New York arena booed and bled from their noses. I don’t blame them. Management was trying to makeover a sewer with Ikea furniture and febreeze. Phil Jackson was losing grip on reality. Carmelo was finalizing his own imminent voyage into a subterranean world of outdated basketball. All the Knicks fans want is progress.

To everyone in that room, progress was not drafting a mysterious Latvian with the 4th overall pick in a solid draft class. Phil Jackson, the general manager, had only watched Porzingis on Youtube. People were aware of the desperate grandslam swing. This was not the time. A fading Carmelo just signed a $130 million, 5-year contract. People were already pissed about that. Best not rock the boat, Phil.

But he did. And only a few weeks into the season, Phil could walk around in New York in the daytime again. Porzingis was playing well. He scored 16 points in his first game. He rivaled Tim Duncan in historical Rookie production. You got lucky Phil… you got lucky.

Porzingis handled the pressure with great confidence. This quote always stood out to me about his maturity and tenacity:

“The first day I got drafted, I felt the fans were really passionate about basketball and there was going to be a lot of pressure. I knew that, but I wanted to be in New York because I love pressure,” Porzingis told Yahoo Sports. “I knew we could do big things here in the future. If you can succeed in New York, you can succeed anywhere.”