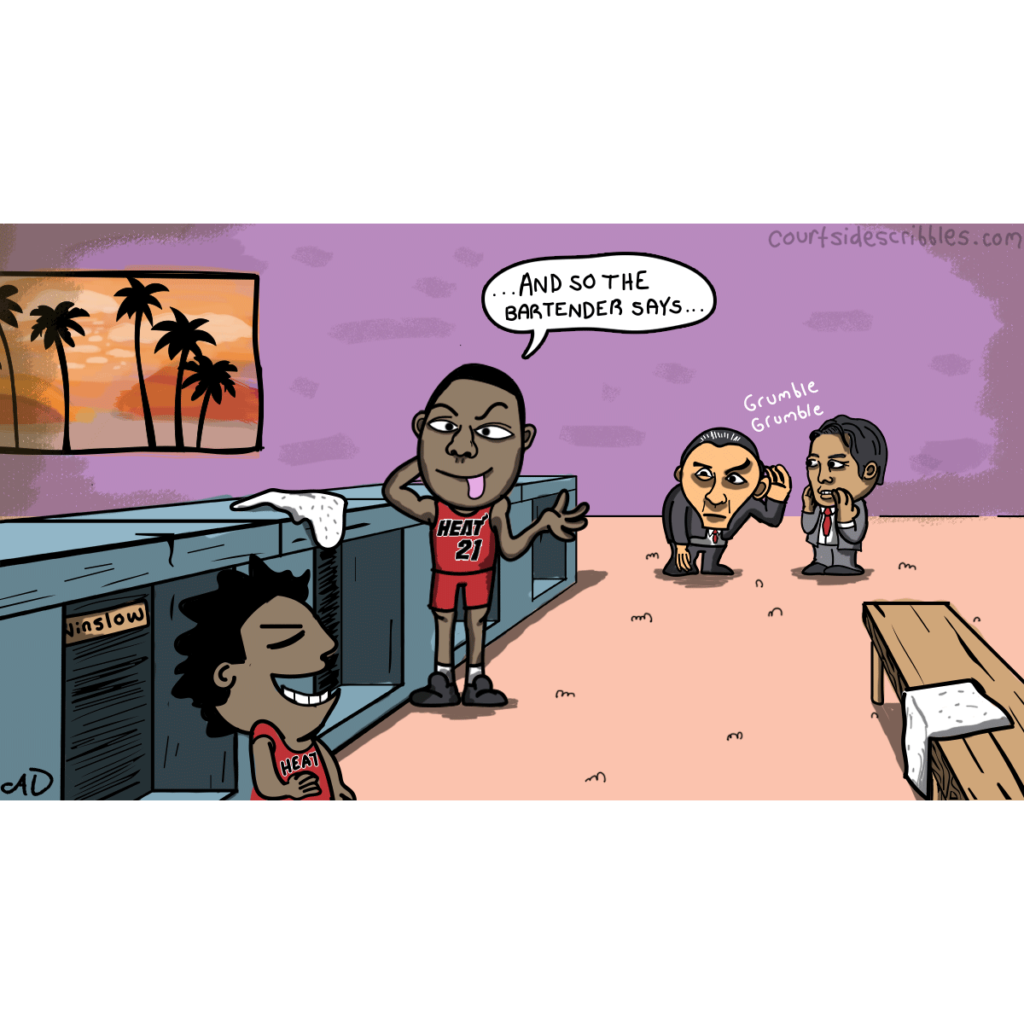 Did Hassan Whiteside get under Pat Riley’s skin? Despite some road bumps in the preliminary outing with Miami, he ultimately signed a four-year $98 million contract. Random issues continue with Riley and Spoelstra, but Whiteside should feel confident in his future knowing he finally made it to the big stage.

Whiteside played college ball for Marshall University in West Virginia and drafted in round 2 of the 2010 NBA draft (33rd overall by the Sacramento Kings).

He traveled a unique path after 2010. The Kings cast him down to the D-League Affiliate Reno Bighorns where he began a sub-level, blind crawl across the outskirts of the NBA landscape. He traveled throughout the minor league clubs, hitting Sioux Falls SKyforce and the Rio Grande Valley Vipers. He eventually fell off the U.S. circuit entirely, shipping out to the Amchit Club in Lebanon. He began a year long international tour until returning stateside to the Iowa Energy, a Memphis Grizzlies affiliate.

He may be the most succesful D-league riser of all time. Even after returning to the states, he wove in and out through minor leagues. Eventually the Heat made a call. Whiteside travelled to Miami where he soon began to register double digit rebounds on a nightly basis. Years later he’s still in the league and building his resume with Pat Riley’s club.

This was a guest scribble for the website But the Game is On.