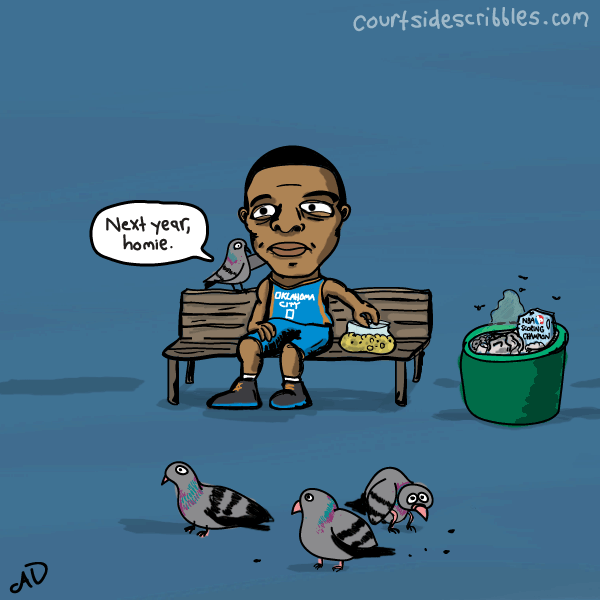 The Thunder barely missed the playoffs in 2015. A bad coin flip practically sealed their post-season ambitions. Durant crumbled over and over again that regular season, succumbing to one ailment after the other like when the T-1000 got turned to ice and kept breaking off pieces of his body in Terminator 2. So, of course, this left the scoring lane wide open for a Ferrari named Westbrook. Despite winning the scoring title this year (kind of a worthless achievement now that I think about it), Westbrook couldn’t drag the lot over the finish line.

They say he fed 28.1 pigeons a day that summer.